Chelmsford Innovation: Marconi and Beyond 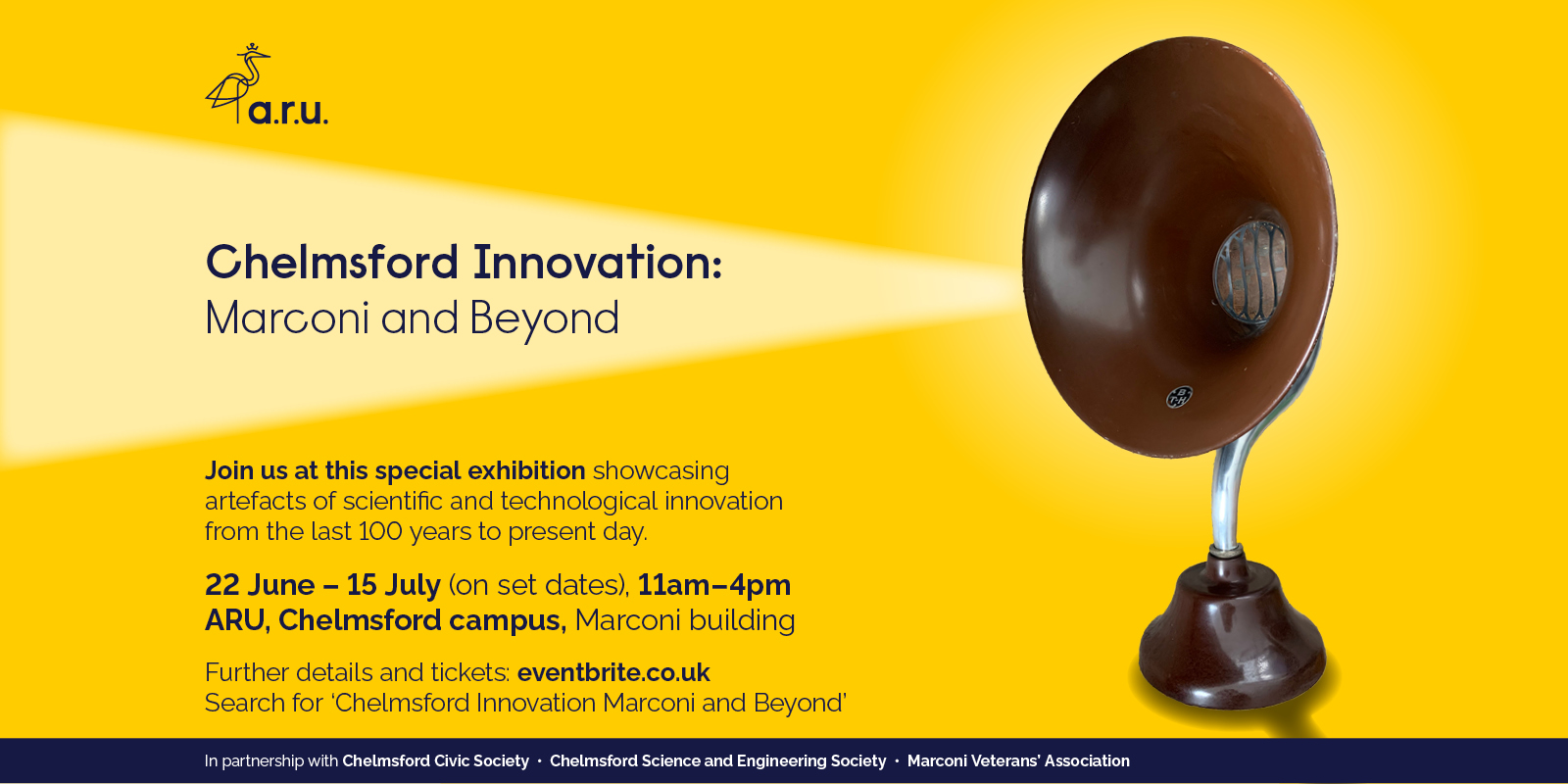 Chelmsford Innovation: Marconi and Beyond

Chelmsford has been a world-renowned centre of scientific and technological innovation for well over 100 years, and still is today. Among other things, Chelmsford is home to the world's first wireless (later radio) factory, the world's first river water treatment plant and the world's first colour digital camera – and that's just from within the last century. Today, companies in Chelmsford continue to build the technology of the future, with high-tech developments in fields as diverse as space, medicine, communications and defence. The impact of industry in Chelmsford on all of our lives is incredible.

A collaboration between ARU, CSES, Chelmsford Civic Society and the Marconi Veterans' Association, this exhibition will tell a part of that story, revealing how household names such as Marconi are echoed in the modern age. It will take place in ARU's Marconi building, which was opened by Princess Elettra Marconi Giovanelli, the daughter of Guglielmo Marconi, in 2010, on ARU's Chelmsford campus.

The exhibition will open on Wednesday, 22 June and will run on specific days until Friday, 15 July. Attendees need to book their place – more information and full details of times can be found at https://www.eventbrite.co.uk/e/chelmsford-innovation-marconi-and-beyond-tickets-324804377637.

Chelmsford is known globally as the birthplace of radio thanks to the world's first purpose-built radio factory, established in 1912 by Marconi a short distance from the current Anglia Ruskin University campus in New Street, and 2022 marks 100 years since the world's first regular wireless broadcasts for entertainment began from the Marconi laboratories at nearby Writtle.

Marconi's Chelmsford factory, the location of the UK's first live entertainment broadcast, closed in 2008 and there is now a housing estate on the site, but some of the early technology that helped the Italian pioneer bring radio to the world will be on display at the exhibition in Chelmsford in June and July.

The Marconi exhibits include a unique collection from historian Tim Wander, such as the world's first radio signal detector, early receivers and transmitters used during the First World War, the first ever microprocessor, and a mobile car phone from 1984. A television camera used at the Queen's Coronation in 1953 will also be on display on selected exhibition days.

Activities will be laid on for children, including over Do and Discover weekend on 25/26 June, and there will be a café serving refreshments on site. The exhibition will also be accompanied by displays from Teledyne e2v and Leonardo.

Professor Laurie Butler, Pro Vice Chancellor and Dean of the Faculty of Science and Engineering at ARU, said:

"Chelmsford is known throughout the world as the birthplace of radio, and at ARU we are proud to be hosting this fascinating exhibition that will give an insight into how radio and communications have developed over the last 100 years.

"It is fitting that it is taking place in our Marconi building, named after arguably our city's most famous resident, and we look forward to welcoming people onto our campus to see this incredible collection of communications technology."

More information and full details of times can be found at https://www.eventbrite.co.uk/e/chelmsford-innovation-marconi-and-beyond-tickets-324804377637.