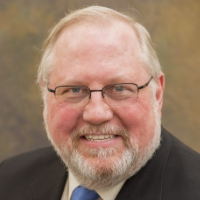 This email address is being protected from spambots. You need JavaScript enabled to view it.

Since graduating as an Electronic Engineer, Anthony moved to Essex joining the Electro Optic Surveillance Division at Marconi Avionics (then Elliott Brothers) at Basildon where he worked for ten years on Airborne surveillance systems on military fixed, rotary and UAV platforms for UK-MOD customers. Anthony has spent the thirty years since as a serial entrepreneur building a number of very successful start-up SME technology companies in Essex, Kent, Japan and the USA. These have included commercial stabilised camera systems; expertise and systems sales with international television and film (Bond, Thunderbirds…); and airborne televisual surveillance (black boxes and complete turnkey aircraft systems) with worldwide sales and support to NATO military end-users.

Anthony has served on a number of international groups including the EU Eureka Committee that developed much of the enabling broadcast HDTV technology for the European Broadcasting Union and others. In 1998 Anthony manged the entire airborne security television operation for the Commonwealth Games for the Malaysian Government and has deployed airborne television and security systems for numerous G7, G12 summits and Olympic events around the world. (A former company flew the "Queen" through Tower Bridge to the 2012 Olympic Stadium in London where Thunderbird Two had led the way on film some years before...)

In 2015 Anthony served a four-year term as a Chelmsford City Councillor in a Cabinet position with responsibilities for Corporate Services and the Digital Transformation Programme. Anthony is partly retired and is CTO at his own local manufacturing company, Tracer Aviation, while also serving as Trustee in a number of Charities and Chelmsford groups. Anthony is a local history researcher and archivist and presents talks and papers to local groups, he actively promotes open and accountable government, local apprenticeships, the growth of STEM in schools, and local technology-supported design and manufacturing innovation.